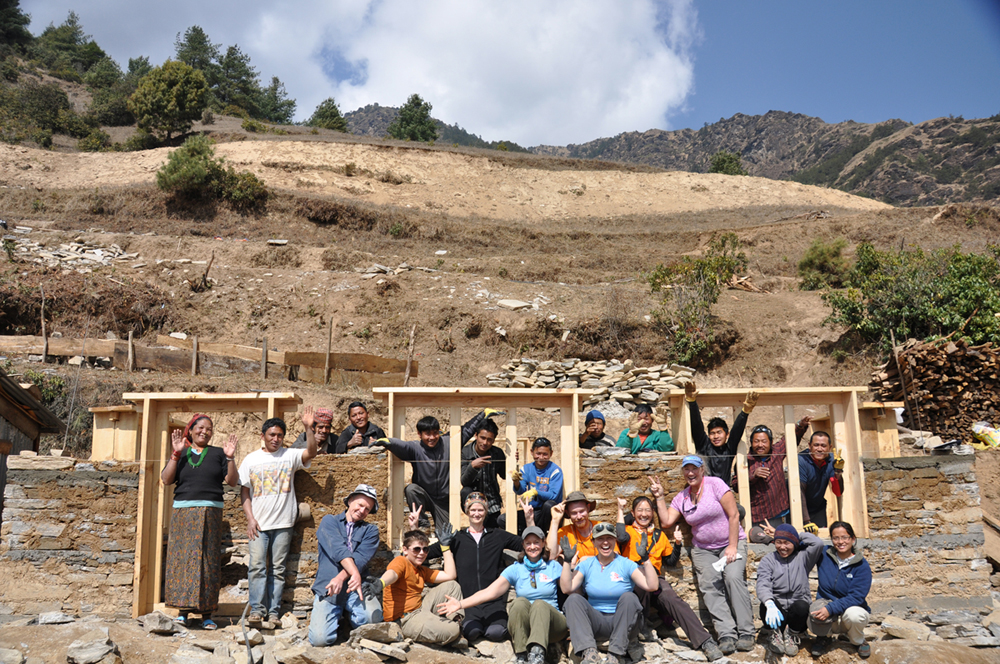 Just over a year has passed since the devastating earthquake in Nepal, and though the world has moved on to other tragedies, there are still thousands of Nepalis who are without homes and working tirelessly to put their lives back together.

I just talked with Pam Perry, who is the director of operations for Grand Asian Journeys, the sister company of Crystal Mountain Treks, managed by Jwalant Gurung in Nepal. I’ve written about the many projects Jwalant has been involved in and the fund raising he is doing in Nepal through Three Summits. Here is a brief report of the work Pam has spearheaded, recently, in Junbesi. This beautiful Sherpa village is on the classic Everest Base Camp Trek route. All Everest treks passed through it until the airport in Lukla was built.

Pam and a team of nine people, made up of Bainbridge Island Rotarians and representatives of the Northwest Ecobuilding Guild, helped rebuild a home for a family, Sheba and Vishnu, and their three young children. The family was not considered a landowner, so would not have qualified for government assistance (which is not going well for anyone, yet). 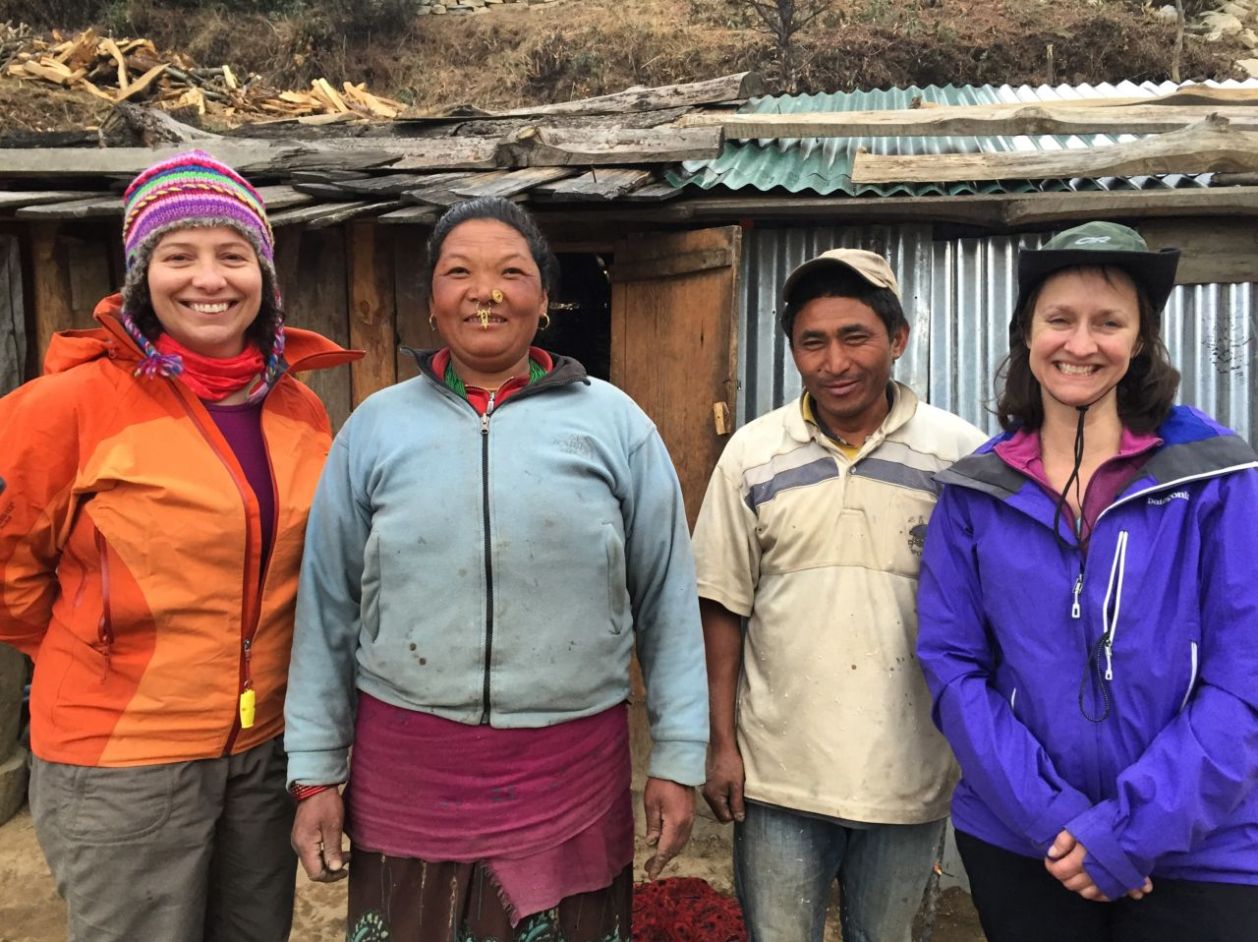 The home was built with rocks that were quarried about 1/4 mile away from the site and had to be carried to the site by hand! When the team arrived, the rocks had been brought to within 100 feet of the site and it was their job to make a human chain to transfer the rocks to the site for stacking. They also did some rock breaking, getting them to appropriate sizes…even gravel…and helped the family with some other tasks on the site as well. It was a wonderful task! You can see from the photo that there was a great amount of camaraderie and fun as everyone worked together on a challenging and very satisfying project. 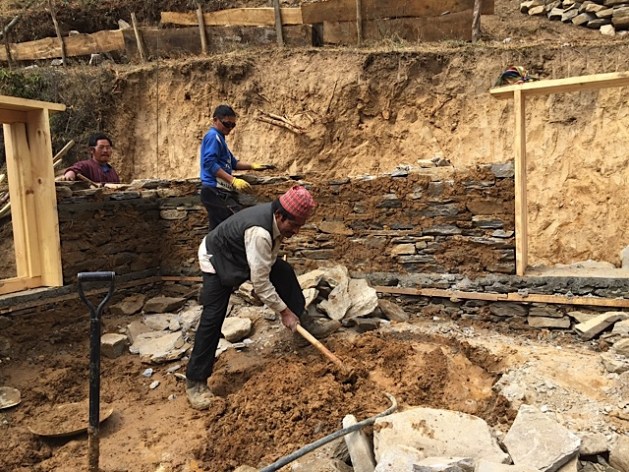 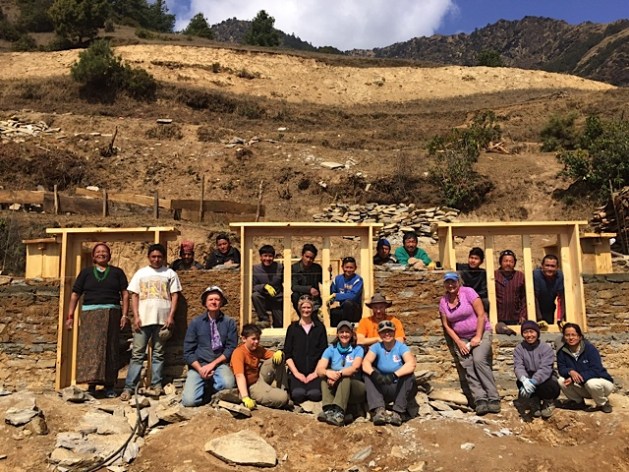 Kudos to you, Pam, and all our fellow Northwesterners, for a great job!

This home is one of 15 that Jwalant and his crew have built so far, and there are more rebuilding trips planned through next spring. Click HERE for more information about the Rebuilding Nepal trips that Grand Asian Journeys is organizing. It’s important to note that these houses have all been built to government approved earthquake-resistant standards.

I have been rather lazy since I returned from my 70 th class reunion (ouch!) at Emma Willard School in Troy, NY, two weeks ago. It’s so heavenly to have warm sunshine here on Whidbey that a bit of basking is excusable. I also had another fabulous (forgive me, I’m an honorary New Yorker) birthday party at Talking Circle and am so grateful for the many friends who celebrated without once mentioning my astronomical age. This is one caring, accepting community. I love it!

Nepal will be back on my blog, as I attempt to finish the story of my trek, after I return from my annual East Coast binge of theater, family, friends, Autoharp Festival in Pennsylvania, and sojourn with my sisters to our cottage on Lake Winnipesaukee in the White Mountains of New Hampshire.

There will be more surprises, but if I tell you, they won’t be surprises. Have a great summer and watch out for the whales!